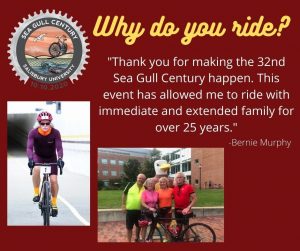 Thank you for your support. Sea Gull Century is more than just a ride… 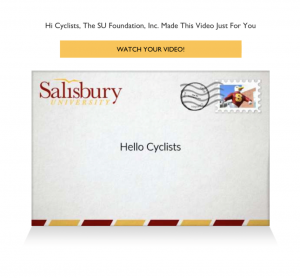 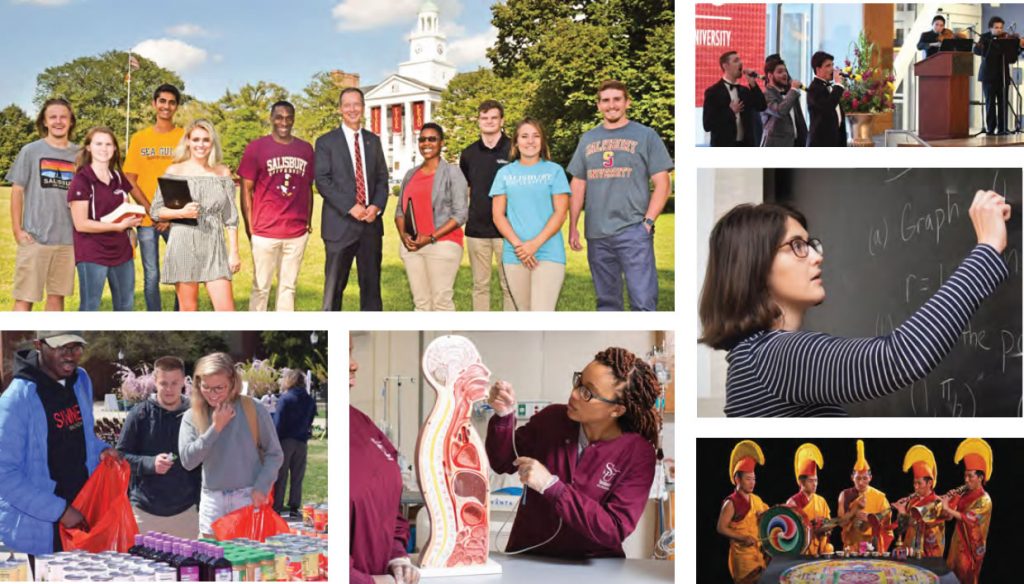 Thank you for this award!  I look forward to continuing my education at Salisbury University AND participating in Sea Gull Century’s to come!  I LOVE CENTURY!  I volunteer at registration each year. The variety of people you meet, the distances they come from, how many of these types of events they actually participate in and the number of repeat riders is amazing!

Thank you for selecting me as a recipient of a Sea Gull Century Scholarship. The money received will help my academic career in the School of Applied Health and Physiology, as I pursue a job in Cardiac Rehab. Sea Gull Century was fun! It showed me what the human body can do- how we keep pushing ourselves to do and be better. I admire the people that completed the Century AND Metric rides- they prepared for it, they gritted their teeth, they pushed through, and they achieved their goal!

We would like to thank all of our on campus support, student organizations, local law enforcement and all those who helped make the weekend a success.

If you have any questions please email us at seagull@salisbury.edu